END_OF_DOCUMENT_TOKEN_TO_BE_REPLACED

A First Christmas On The Ice Of Antarctica.

Relatively speaking, Antarctica has only two seasons – Winter and Summer, and they occur contrary to the seasons in the northern hemisphere. The austral summer peaks in the months of January and February, and because of this, most of the endeavours of Antarctic explorers are plotted around a November to March timeframe.

This was no different in 1902, by which stage Tom Crean was well into his first venture to Antarctic climes, with Captain Scott’s Discovery Expedition. In November of that year he was part of a 12 man team selected to lay a supply route for what would be Scott’s first tentative attempt to reach the South Pole, with Ernest Shackleton and Edward Wilson, accompanying him. 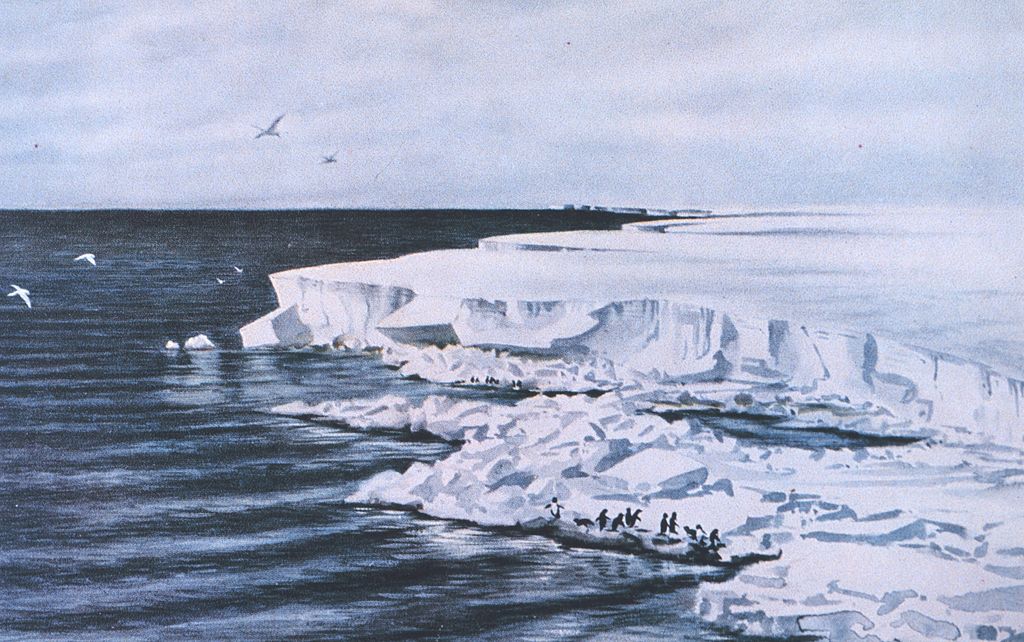 On November 11 1902, Crean and a number of the depot laying team, under the command of Michael Barne, had achieved the honour of establishing a new farthest south record, when they passed the 78°50’S spot reached by Carsten Borchgrevink, on 16th February 1900.
When their mission was successfully completed they returned to Hut Point, having spent 35 difficult and labourious days on the ice. They would however, not rest for long, as a pre-planned exploration of the continents southwest, was next on their agenda. As Scott, Shackleton and Wilson laboured vainly towards the pole, Barne led out his six man team, including Tom Crean, on December 20th 1902.

They hauled well in excess of 1,000 lbs of supplies and equipment with them, on two sledges, but despite the immense physical demands of dragging five weeks supplies in their wake they nonetheless made good progress. Meanwhile, Scott’s southern party were relaying their supplies, dragging half their load forward, one mile at a time, then plodding back a mile, before hauling the remainder forward again. In short, for every geographical mile they had covered, the weary men had walked a distance of three miles.

On December 25th 1902, Crean and his five companions crammed into one of the three-man tents they shared, to celebrate Christmas Day, on Antarctica’s great Ice Barrier. Dinner had been eaten and spirits were high as cards, which had been written by their Discovery shipmates were read aloud.
Barne noted that each man did a ‘turn’ during what he described as a ‘concert.’ It was without doubt the most unique white Christmas to date. Their tent, a tiny speck on the vast, unforgiving ice plains, emanating the alien sounds of songs stories and laughter, to blend with the eerie silence, or bewailing winds – the only other sources of sound, in the dominion of their splendid isolation.

In his excellent biography of Tom Crean, Michael Smith notes – “Crean was well known for breaking into song even under normal circumstances and now his voice was lubricated by a special gift which had been smuggled onto one of the sledges.”
Barne revealed:
“Our efforts were simulated by a bottle of port which had been brought for the purpose”

So wherever you celebrate Christmas, this year, spare a thought for the brave and bold pioneers of Antarctic exploration, who, on this day, 115 years ago, despite being enveloped by the harshest continent on the planet, somewhere deep within it’s icy interior, still took time to pause in their efforts and salute this most very special of occasions.
It was a bleak and dangerous place. They were at the foot of the world, in the midst of the last great unknown, but it was white and it was Christmas.

Realising his only hope of replenishing his crew lay with Captain Rich of the Ringarooma, Scott approached him with the request for one of his men. When the call went out for a volunteer, it was Tom Crean who took up the challenge. END_OF_DOCUMENT_TOKEN_TO_BE_REPLACED