Perhaps the most poignant element of Tom Crean’s arrival off the coast of Antarctica on January 8th, 1902, is the fact that he had arrived there almost by accident. Crean had had no ambitions to be an Antarctic explorer, or even a sailor for that matter. The circumstances for the Antarctic career of the legendary Irishman, can be traced all the way back to a field in Gurtuchrane, Co. Kerry, and an arguement over cows that took place there in 1892.
Tom Crean was 16 at the time and was one of ten children born to Patrick and Catherine Crean. The Creans lived in poverty, and eked out a meagre existence on their small farmholding. The story reads, that when he was around 16 years old, Tom was tending to the families cows, when he allowed them to stray into the potato field and damage the crop. A heated row took place with his infuriated father, and Tom decided there and then, that he had had enough. The only escape route for a young Irishman at that time was the Royal Navy, and he duly signed up at the nearby Coastguard Station at Minard beach. He was officially enlisted on 10th July 1893.

His formative years in the Navy show him to have been a hard working, obedient and accomplished sailor. By September 1899 he had made it to the rank of Petty Officer 2nd Class, and shortly afterwards he was assigned to Ringarooma, which was operating in Australian waters.
In 1901 at the port of Lyttleton in New Zealand, the captain of Ringarooma was asked to assist Robert Falcon Scott as he readied his ship Discovery, for an exploration foray into the uncharted, wastes of Antarctica. Work parties were duly dispatched to help with the final preparations, and Tom Crean was most likely amongst their numbers.

Then fate played its hand. A member of the Discovery crew, a man by the name of Harry Baker was involved in an altercation, and struck a Petty Officer, and rather than stay and face his punishment, he deserted, leaving Discovery a man short. Scott, now looking to replenish his crew asked for a replacement from Ringarooma, and when the call went out, it was 24 year old Tom Crean who volunteered to voyage southwards. 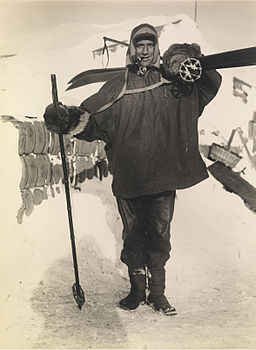 And so it was, Tom Crean would forge his name in Antarctic history. A true hero whose epic story was hewn from the loyalty, bravery and courage he displayed in the face of overwhelming odds, on three seperate expeditions, to the frozen continent. Crean served under Robert Falcon Scott on both the Discovery and Terra Nova Expeditions, and with Sir Ernest Shackleton on the Endurance Expedition. He received three Polar Medals and was also awarded the Albert Medal for
conspicuous bravery, for his role in saving the life of Lt. Evans.
His reputation among his peers and those he served under, was second to none. He was an immensely popular character, and in all the many missives written by those he served alongside, there is not a single negative word relating to Tom Crean.
He was to all, a man who could be depended and relied upon, most notably in times of extreme peril. That was when Crean’s indomitable spirit rose to the fore. He was fearless in the face of danger, and when one recounts all his heroic life saving feats, not one of them were acted out, under orders.
When Crean, Bowers and Cherry-Gerrard had found themselves stranded on fragmenting ice, surrounded by circling killer whales, it was Crean who sprang into action, whilst his companions lamented the hopelessness of their situation. Crean meanwhile leapt from floe to floe, knowing that one slip into the water meant certain death.

Crean eventually reached the Barriers edge, where he scaled the icy cliff, and managed to summon rescue for Bowers and Cherry Garrard. This was an act of pure instinct. 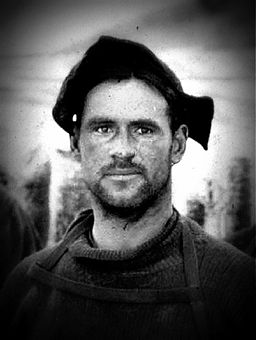 When returning, having accompanied Scott to within 150 miles of the South Pole, he had volunteered to walk the last 35 miles, to seek help for Evans who was dying from scurvy.
Without food, skis, navigational skills or aid, this was an immense task, and coming at the end of a 1,500 mile round trip, it should in all probability have been beyond his capabilities.
Both he and Lashly had hauled Evans along the Barrier on the provisions sledge for almost 100 miles, disobeying his order to leave him behind and save themselves, and his solo march completed the salvation of their eternally grateful Lieutenants life.
On Shackleton’s Endurance Expedition, the Boss had asked Crean to remain behind on Elephant Island and take charge of the crew, whilst he and five others would attempt the suicidal 800 mile crossing of the Weddell Sea, in the James Caird lifeboat.
Rather than thank his blessings, that he was not selected for the horror voyage that lay ahead, he pleaded with Shackleton for days, to be taken on the boat. Shackleton eventually relented. It seems Tom was prepared to pit himself against the furious storm system, that is the Weddell Sea, rather than remain behind in idle limbo.
After an utterly gruelling 16 day journey, the six men reached South Georgia, but the whaling station at Stromness, where they hoped to raise rescue, was on the other side of the island, from where they were forced to land.
Shackleton Crean and Worsley then became the first humans to traverse South Georgia’s treacherously rugged, ice covered interior, and reach the outpost, after a perilous 36 hour trek. They would eventually return aboard the Yelcho, and pluck all of their comrades from the jaws of death, on Elephant Island.

The Beauty Of Antarctica

A place where majesty and mirage vie for the eye of the beholder.